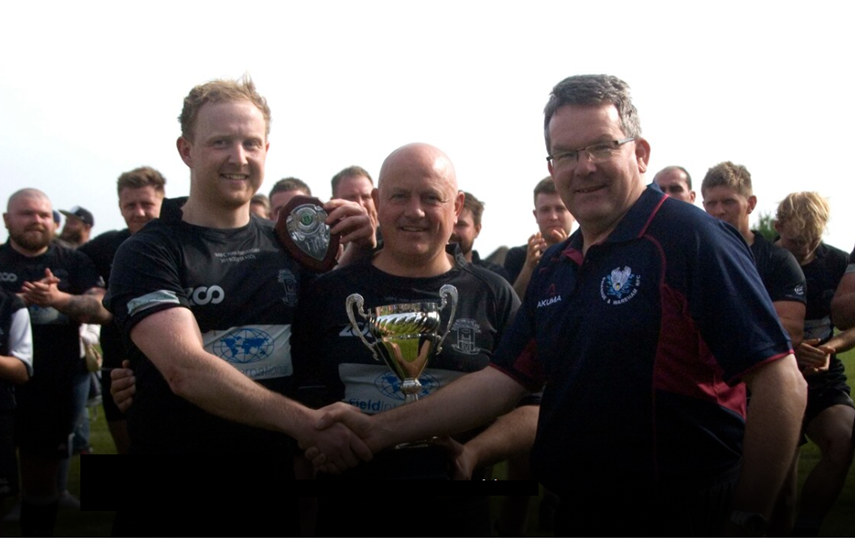 Wimborne rounded off a successful season with a well deserved win over opponents Salisbury on Saturday 30th April 2022.

The match was played at Swanage & Wareham's ground in front of a large crowd with a huge contingent of Wimborne supporters making the trip to cheer on the team.

It was a fitting end for Jason Llewellyn, Wimborne's scrum half, who was playing his final game after 34 consecutive years in the club’s black shirt.

Jason scored a try contributing to Wimborne's winning 27 point tally. He has played for Wimborne since the age of 12, and lifting the trophy alongside team Captain, Ryan Maidment, was a fitting tribute to his years of dedication to the Club. 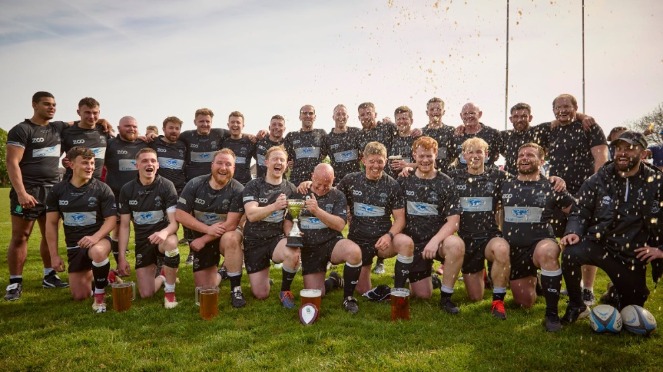